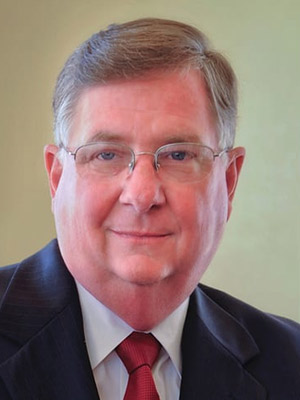 Robert M. Boetticher, Sr. serves as the CEO of the National Museum of Funeral History, a position he has held since 1993.

He began his career in funeral service in Los Angeles in 1965. He entered the U.S. Army a year later, serving as a supply sergeant and embalmer at the Army mortuary in Frankfurt, Germany. Honorably discharged as a staff sergeant in 1970, he graduated from the California College of Mortuary Science and joined Gates Kingsley & Gates Mortuary in Santa Monica, California. In 1974, Boetticher and his wife, Jarka, purchased four funeral homes and a flower shop in Jackson Hole, Wyoming, where he was elected Teton County Coroner for Teton County, Yellowstone National Park and Teton National Park. He also held offices in many local and state organizations, including the Wyoming Funeral Directors Association where he served two terms as president.

In 1983, Boetticher rejoined Service Corporation International and relocated to Kansas City, Missouri, where he served in a variety of field operations positions before moving to the company’s Houston, Texas headquarters in 1991.

Since 1993, Boetticher has served as Vice-Chairman of the Board of Regents for Commonwealth Institute of Funeral Service. His expertise in funeral service has led to consulting assignments for numerous films, including The Gangs of New York and A Woman of Independent Means. His television credits include work on HBO’s award-winning series Six Feet Under, The History Channel and Discover Station. His professional accreditations include mortuary licenses in the State of Texas and the State of California, as well as an honorary Doctorate of Human Letters from the Commonwealth Institute of Funeral Science.

Boetticher and his wife currently reside in Houston and have three children.