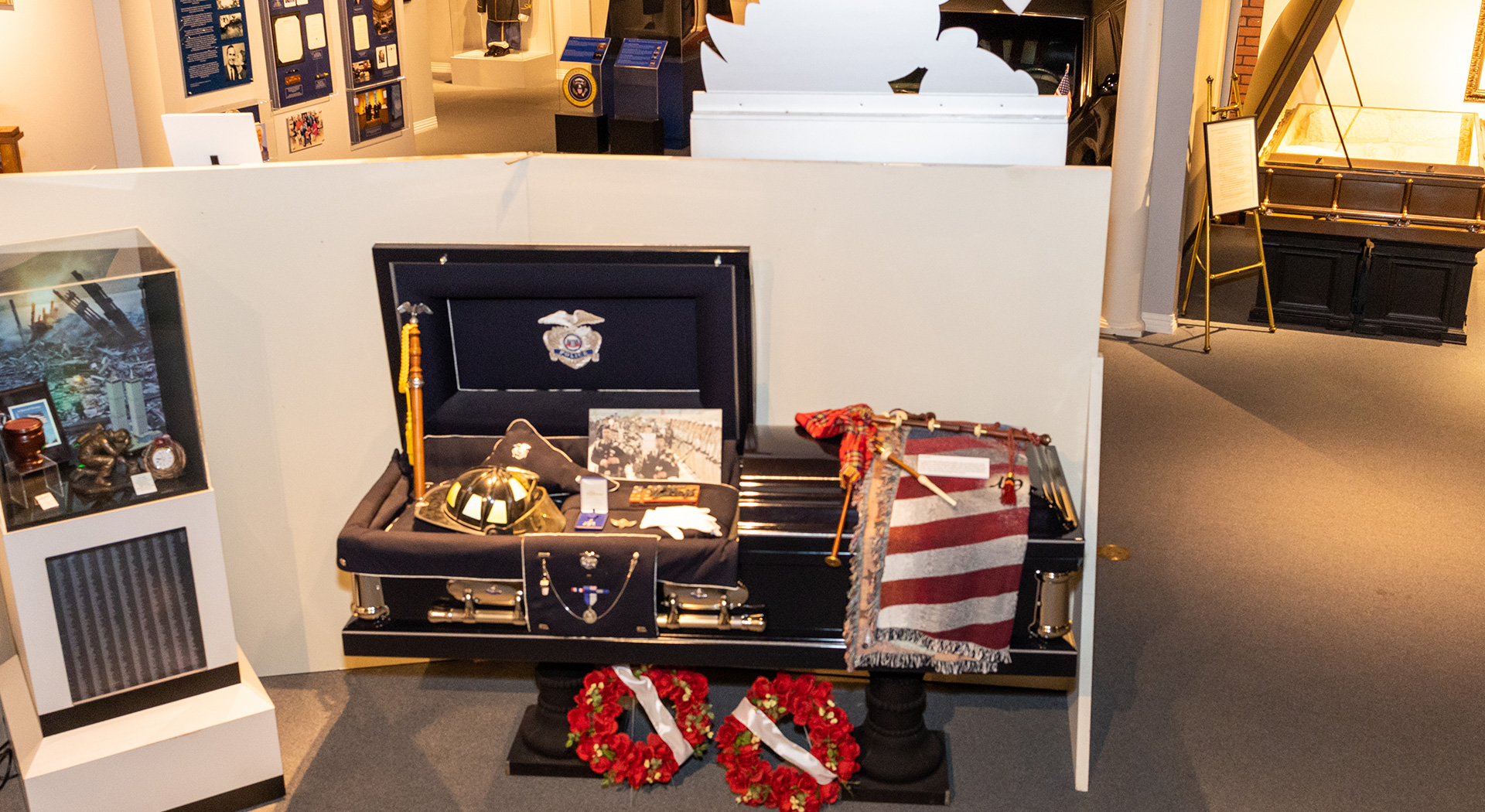 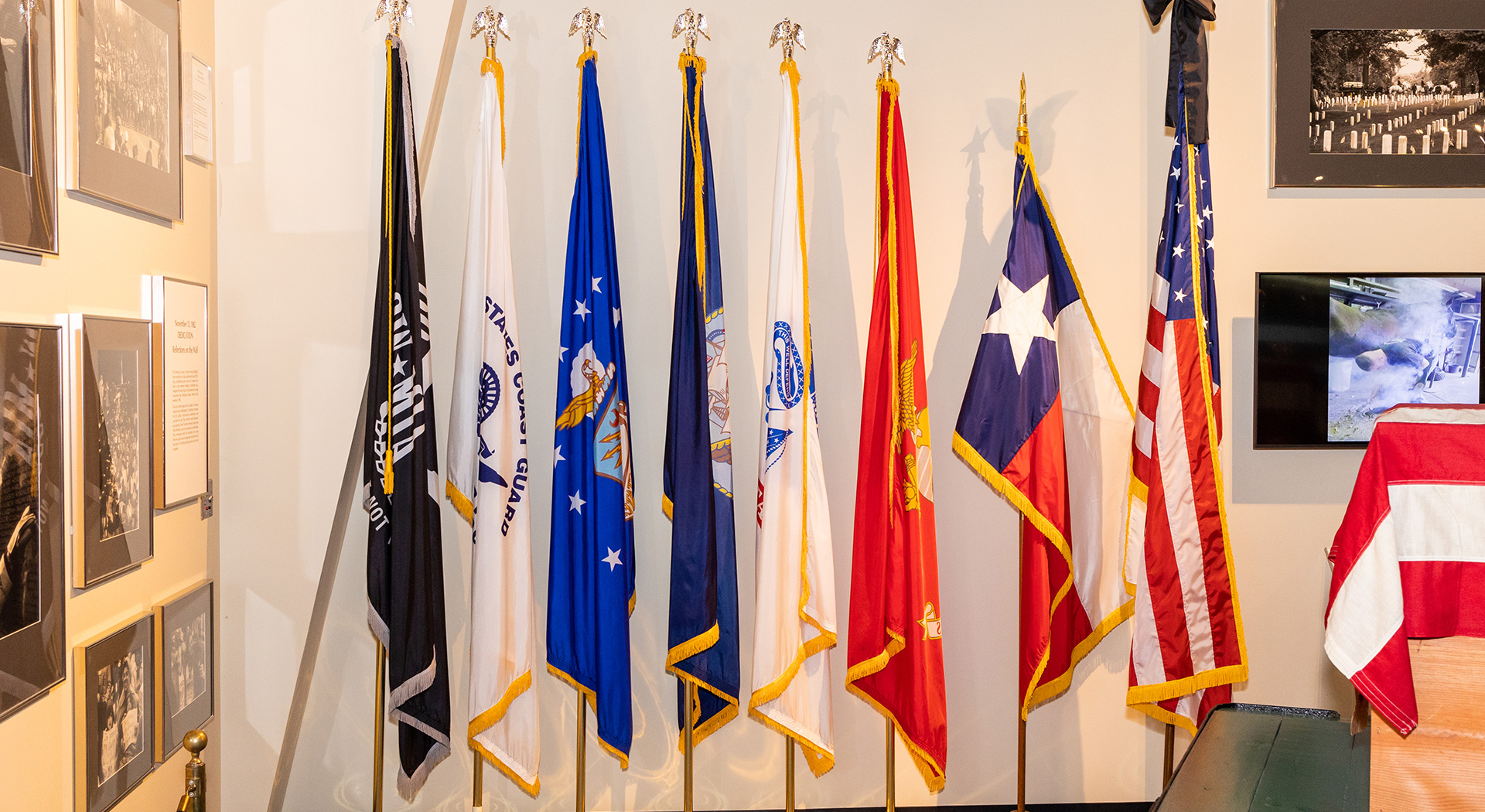 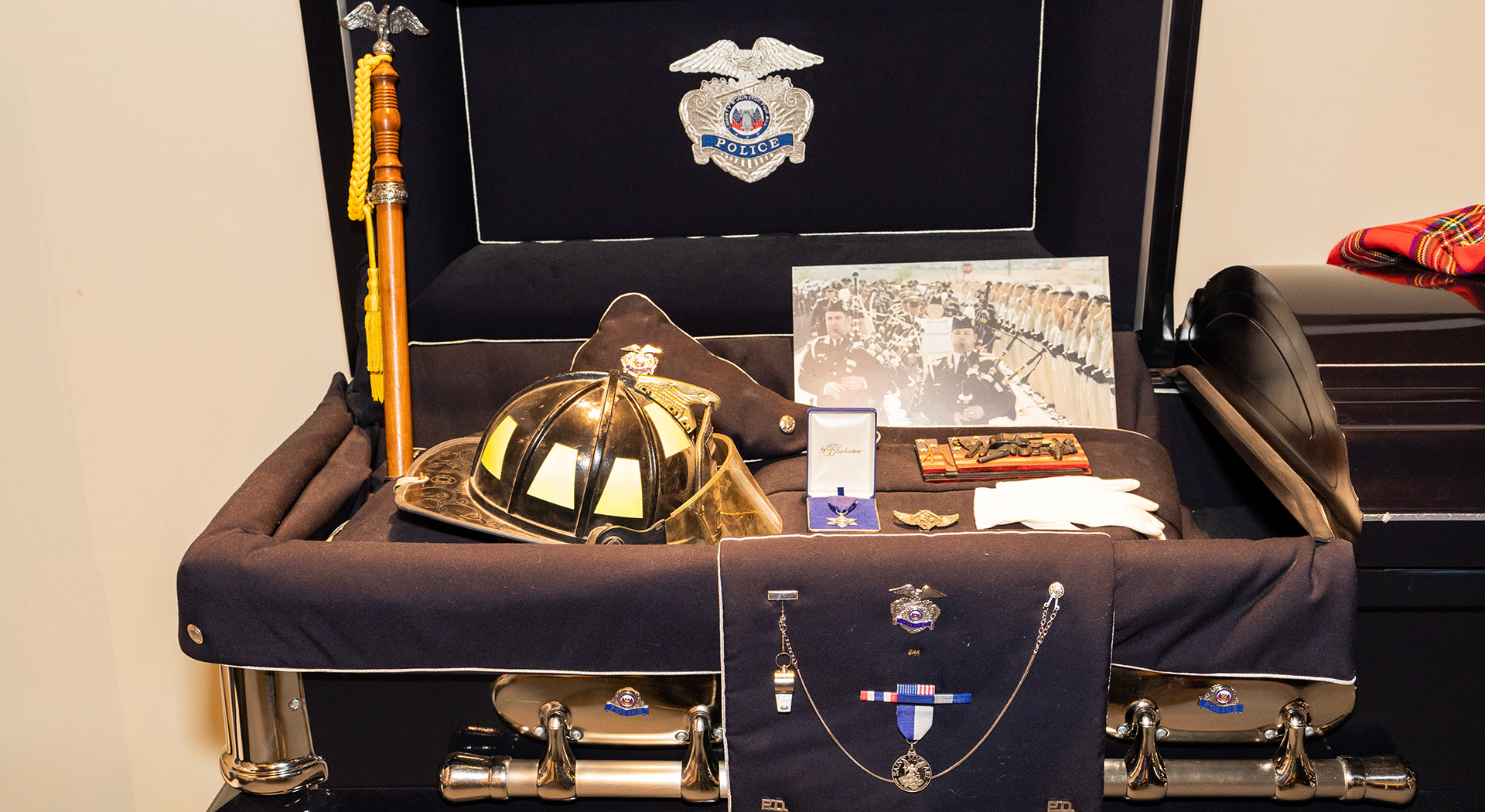 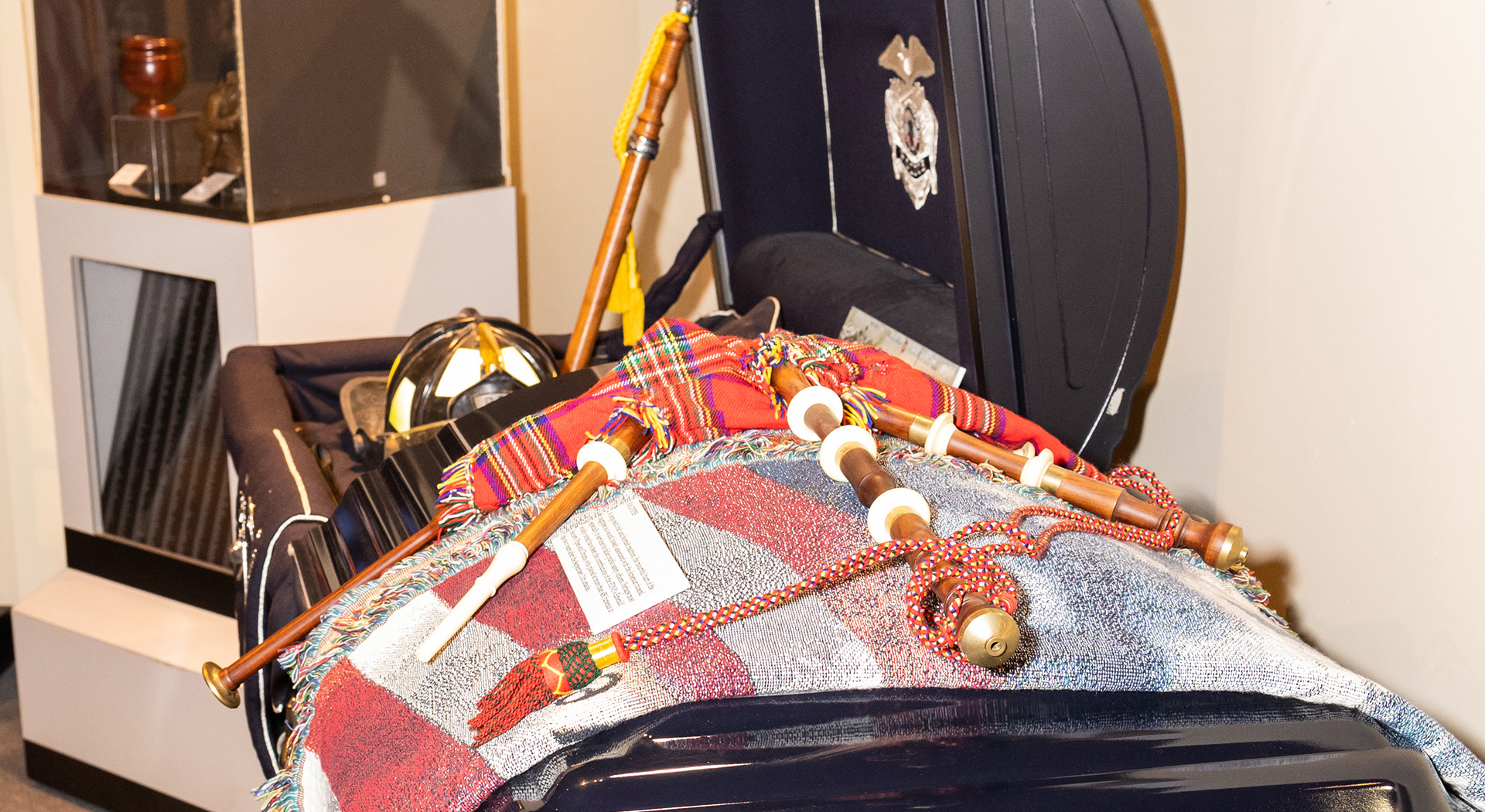 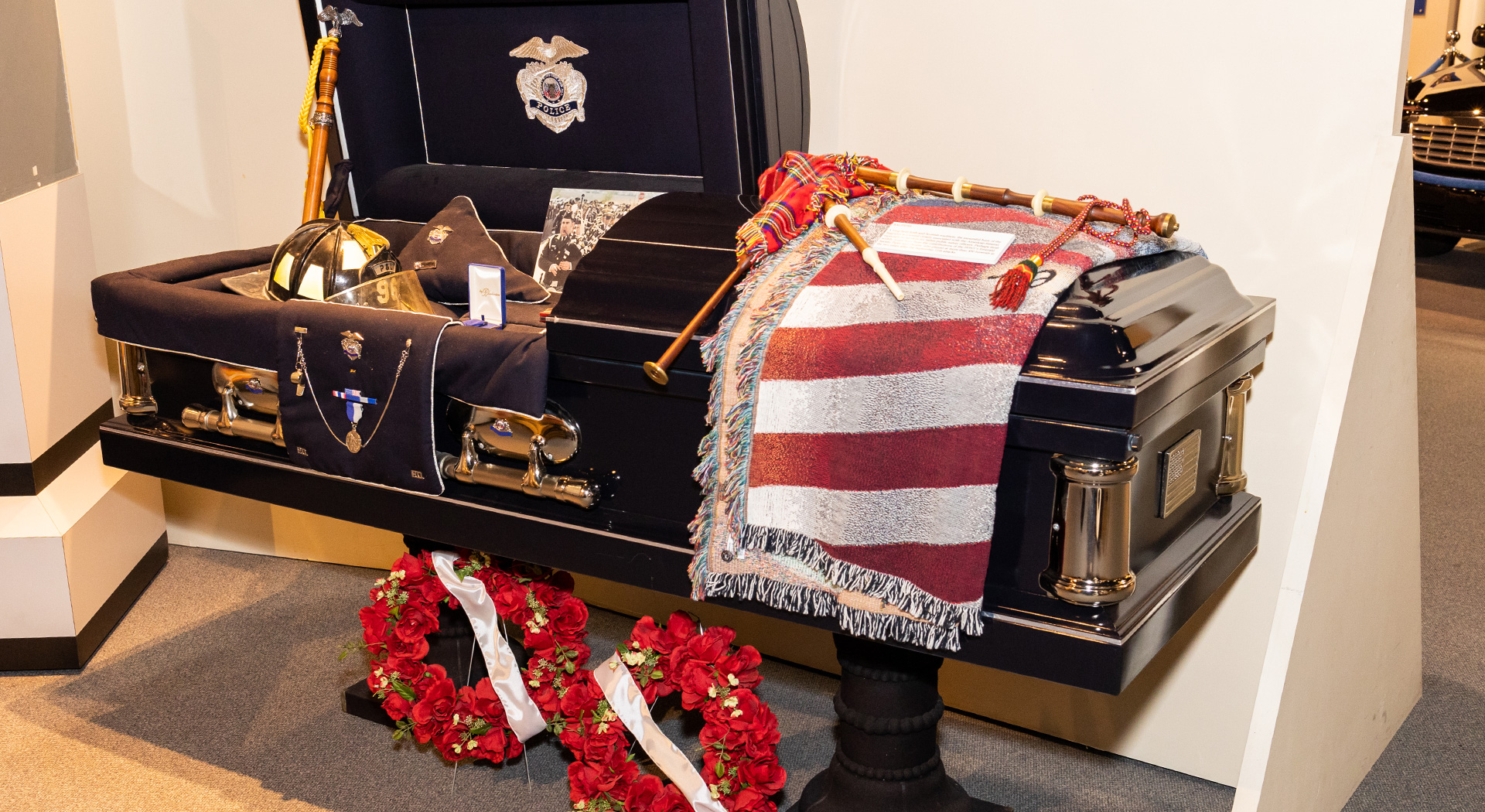 eptember 11, 2001—a heartbreaking day in our nation’s history. Innocent men and women lost their lives. The first responders, particularly members of Fire Department New York and the New York Police Department, did not turn away. Instead, they rushed into the World Trade Center buildings while the world around them crumbled. Many lost their lives, while others who “survived” likely still suffer the physical and emotional burdens that were given them that day.

Commemoration of these sorts of tragic events is an important component of the healing process after the loss of life. The National Museum of Funeral History memorializes the men and women who lost their lives in this terrible event and pays tribute to the first responders who bravely served on that fateful September day, as well as the courageous men and women who have sacrificed their lives on other occasions while “on the job” as firefighters and police officers.

daunting task. The National Museum of Funeral History provides a safe and neutral environment to comfortably explore the sensitive topic of death and learn about various traditions and rituals practiced when someone dies.

The Museum’s exhibit on funerals of fallen first responders such as police and firefighters often serves as a meaningful place to start a conversation regarding 9/11 or pay tribute to those who lost their lives on that tragic day or in other situations and circumstances.

In the 9/11 & Fallen Heroes exhibit, Museum guests will see a custom-designed police officer casket, showcasing how a funeral for a police officer or even firefighter who perishes in the line of duty, can be customized to pay tribute to their life and legacy. Also on display are two urns donated by the City of New York containing the ashes and debris remnants from Ground Zero in Manhattan.