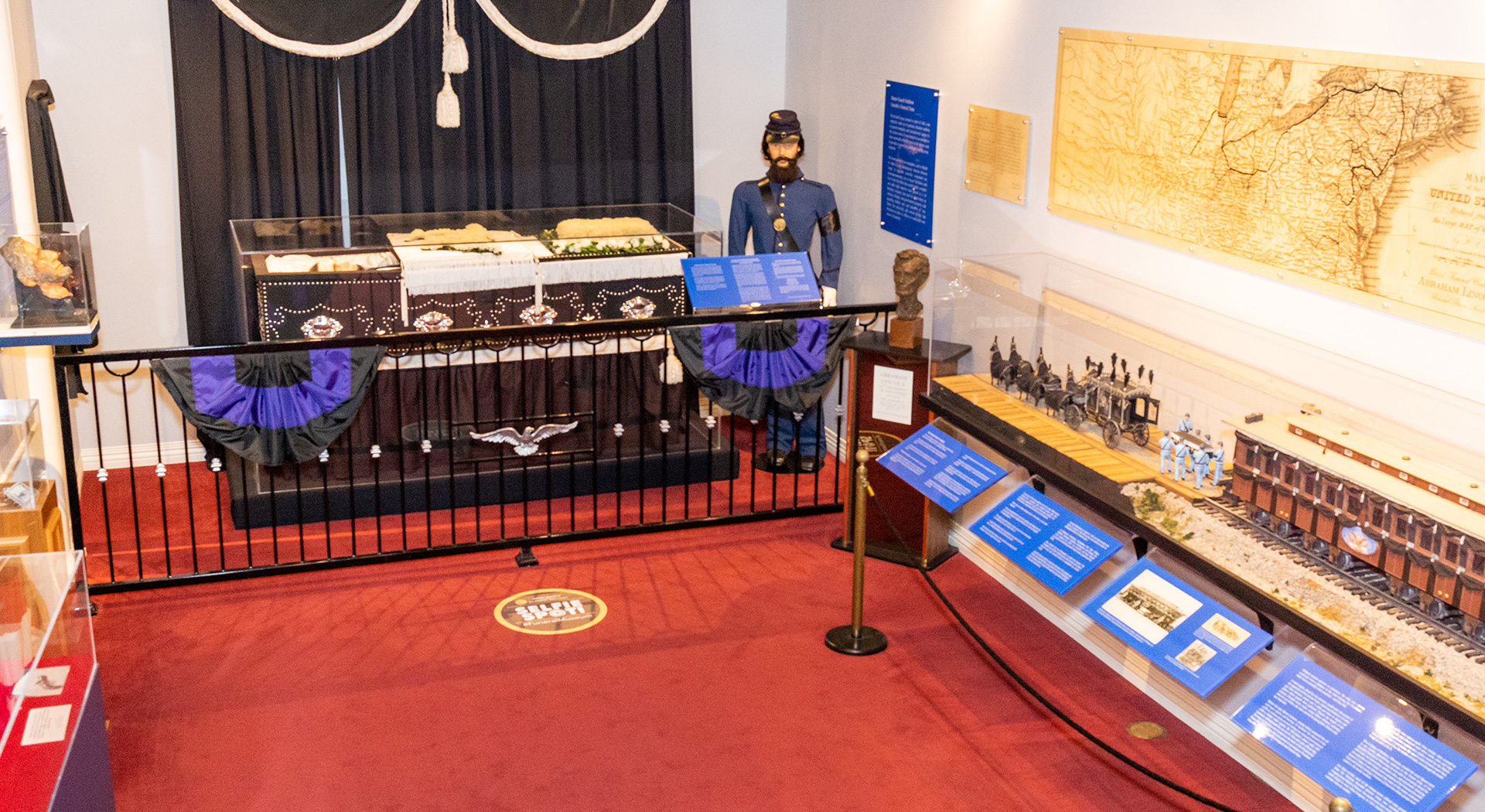 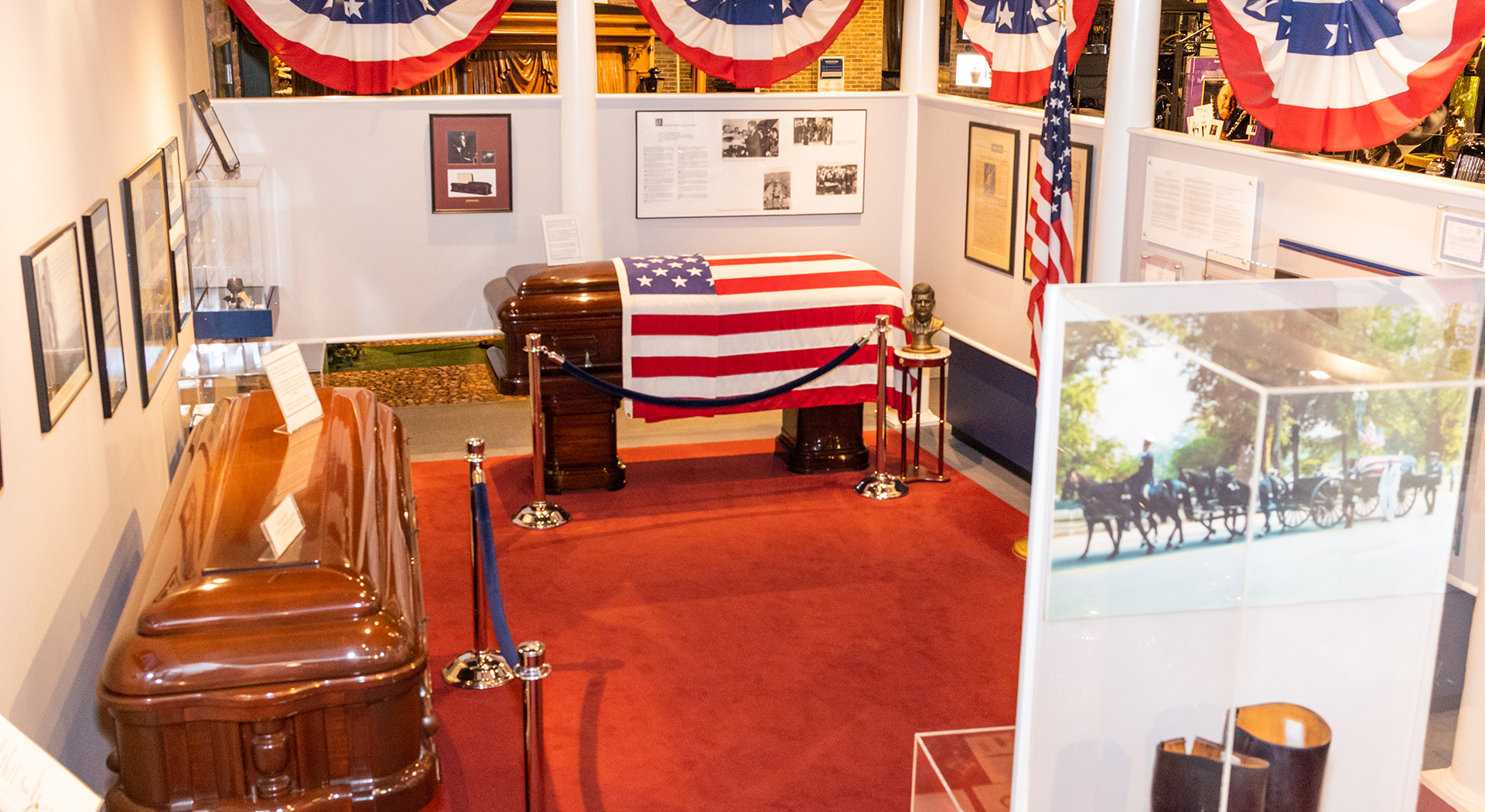 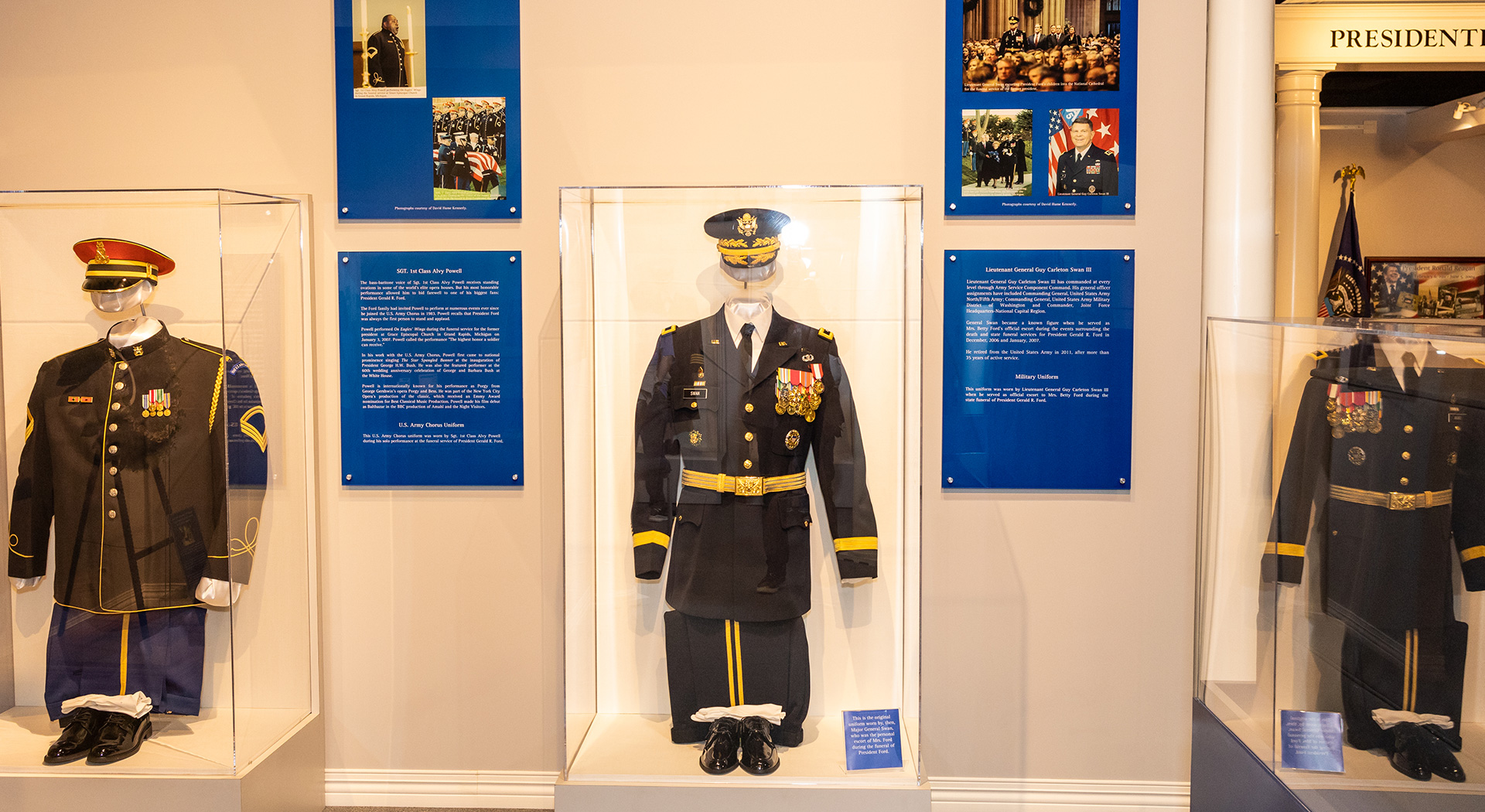 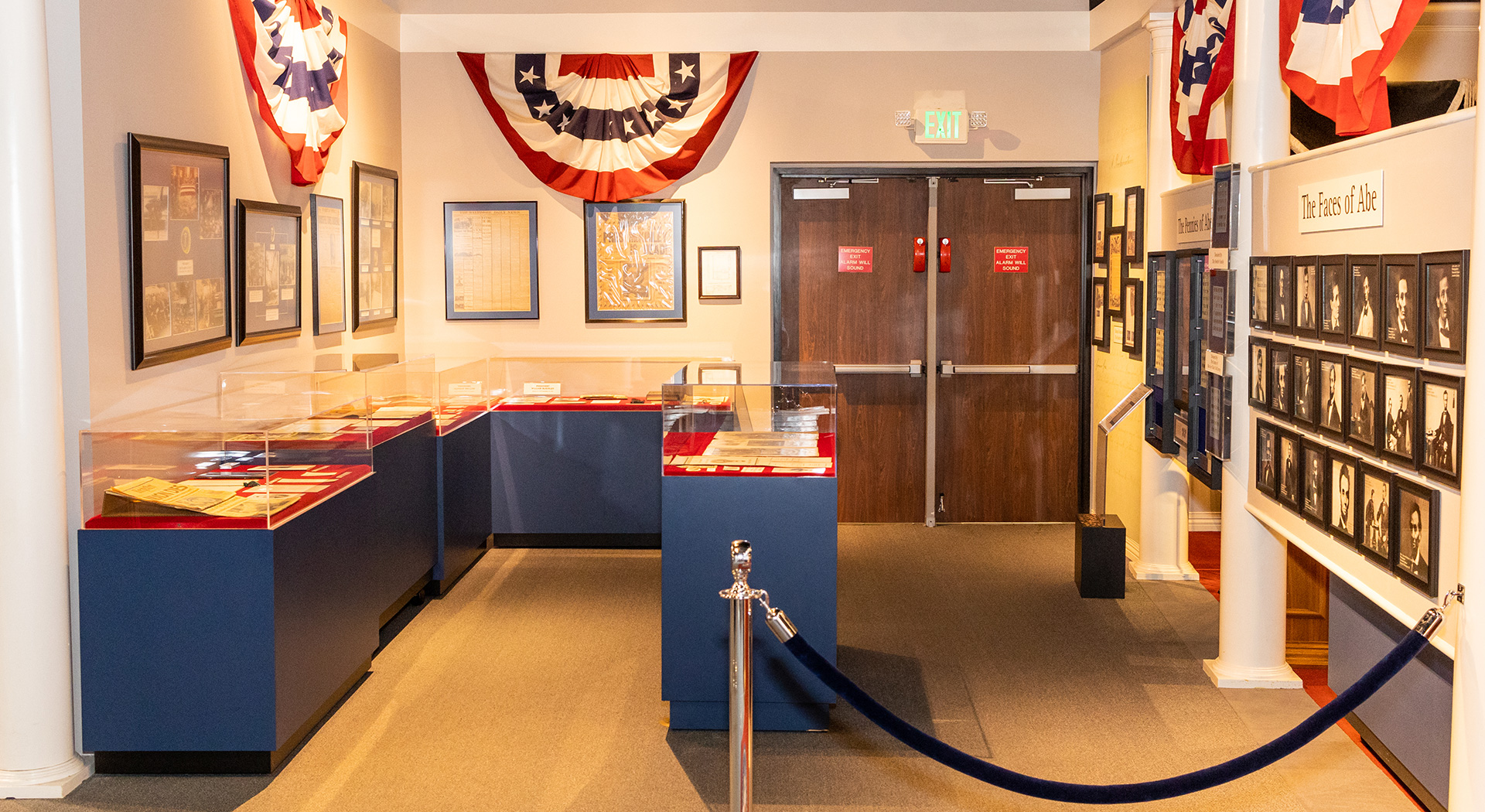 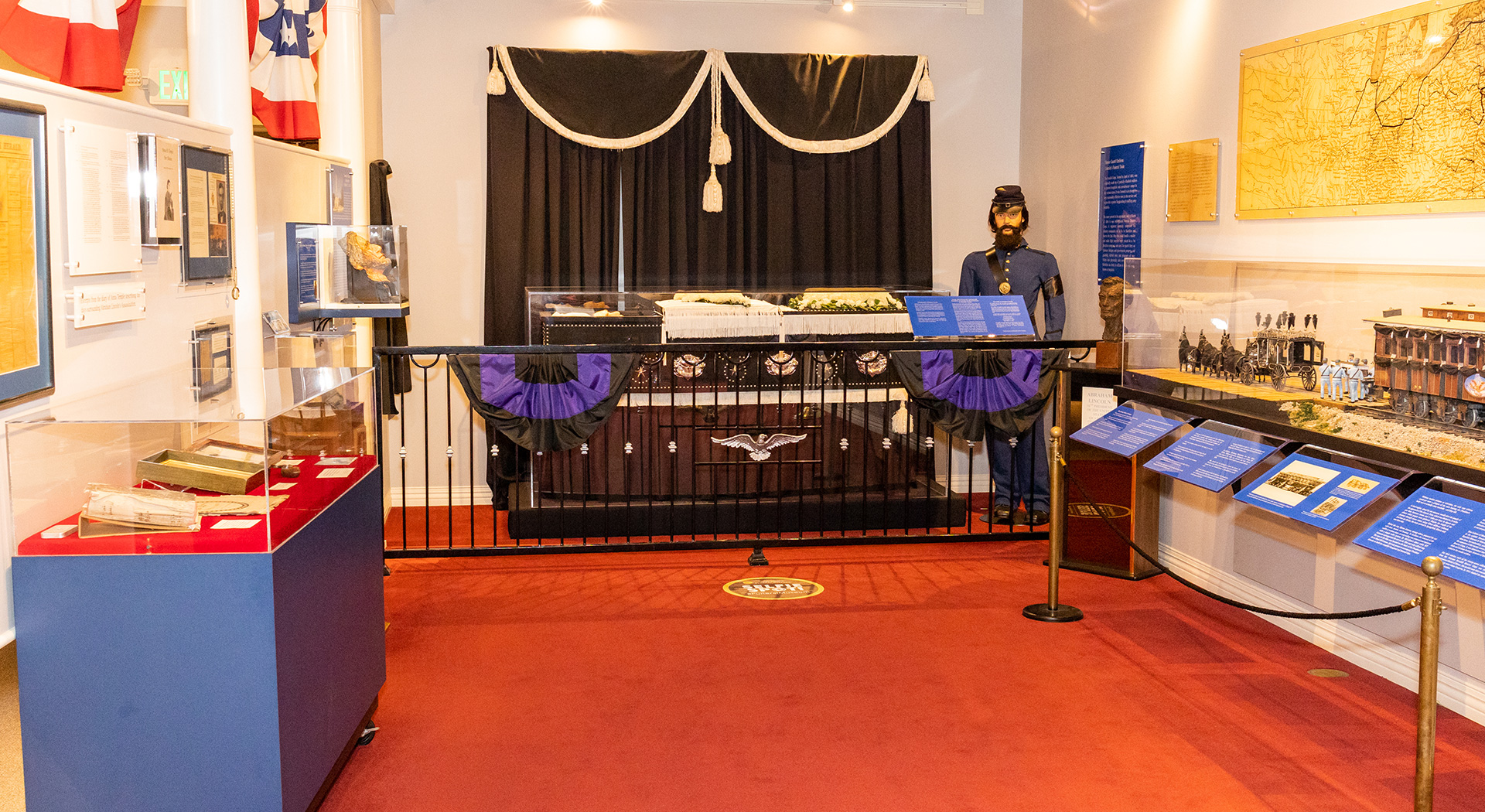 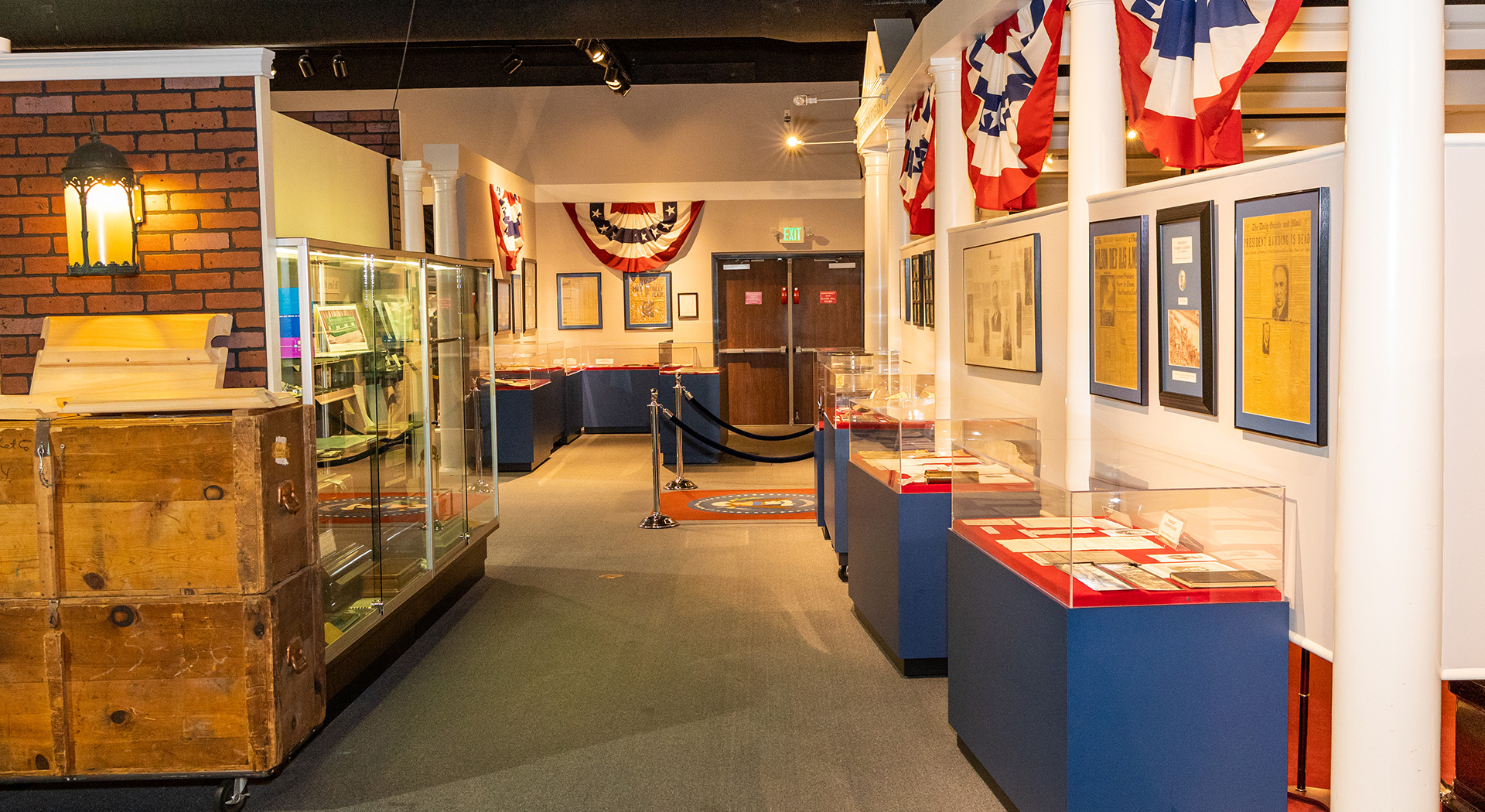 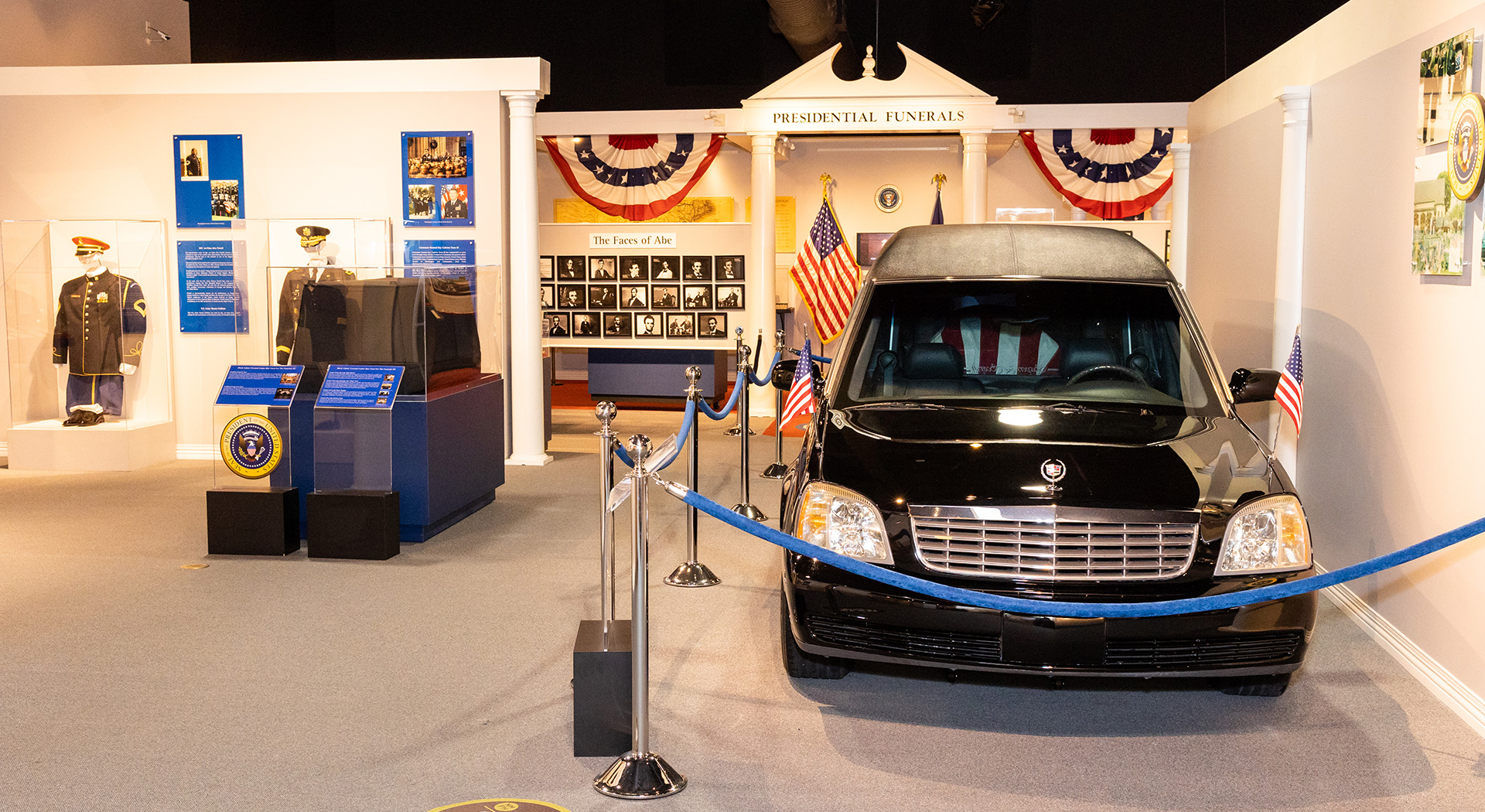 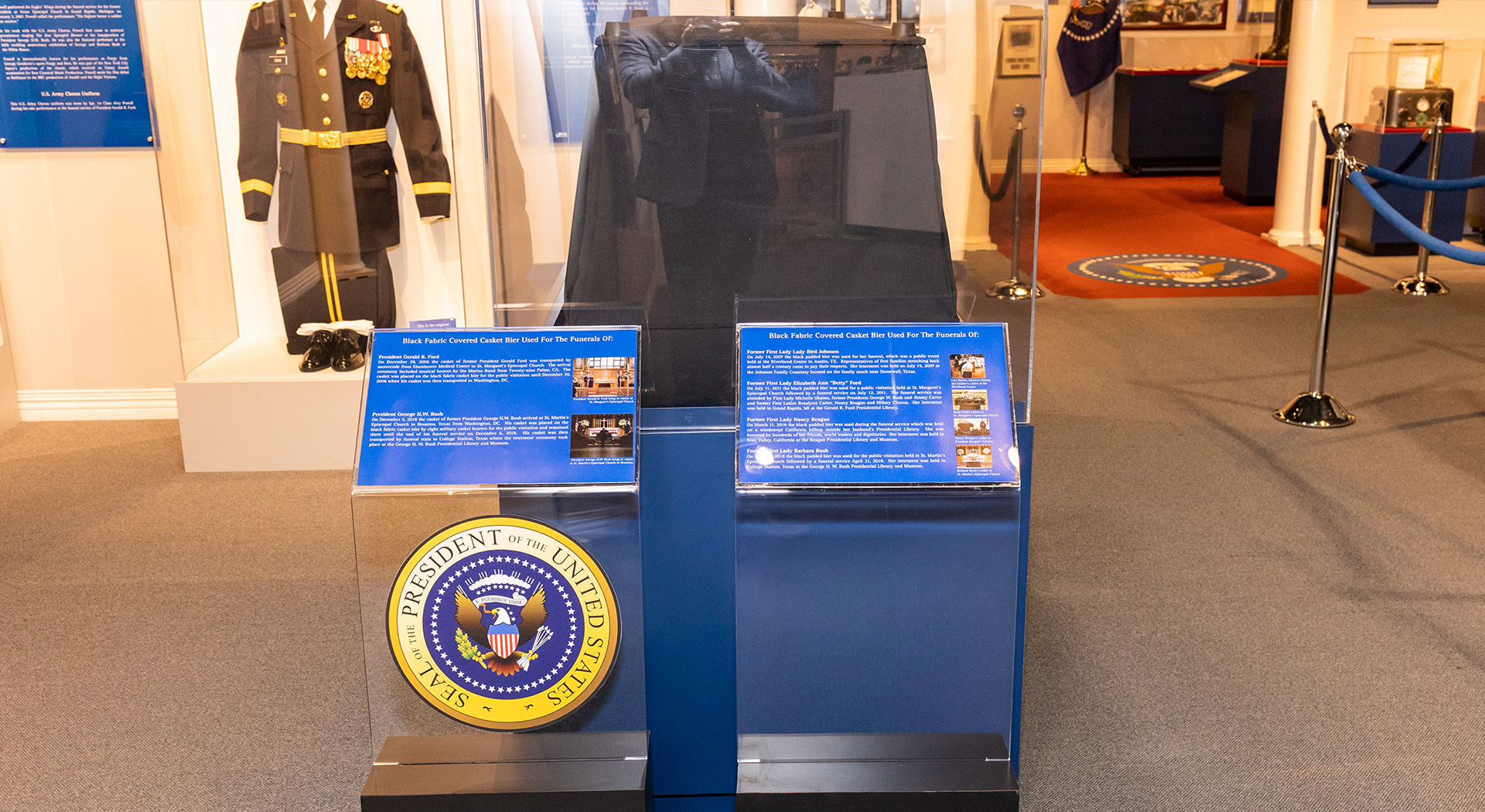 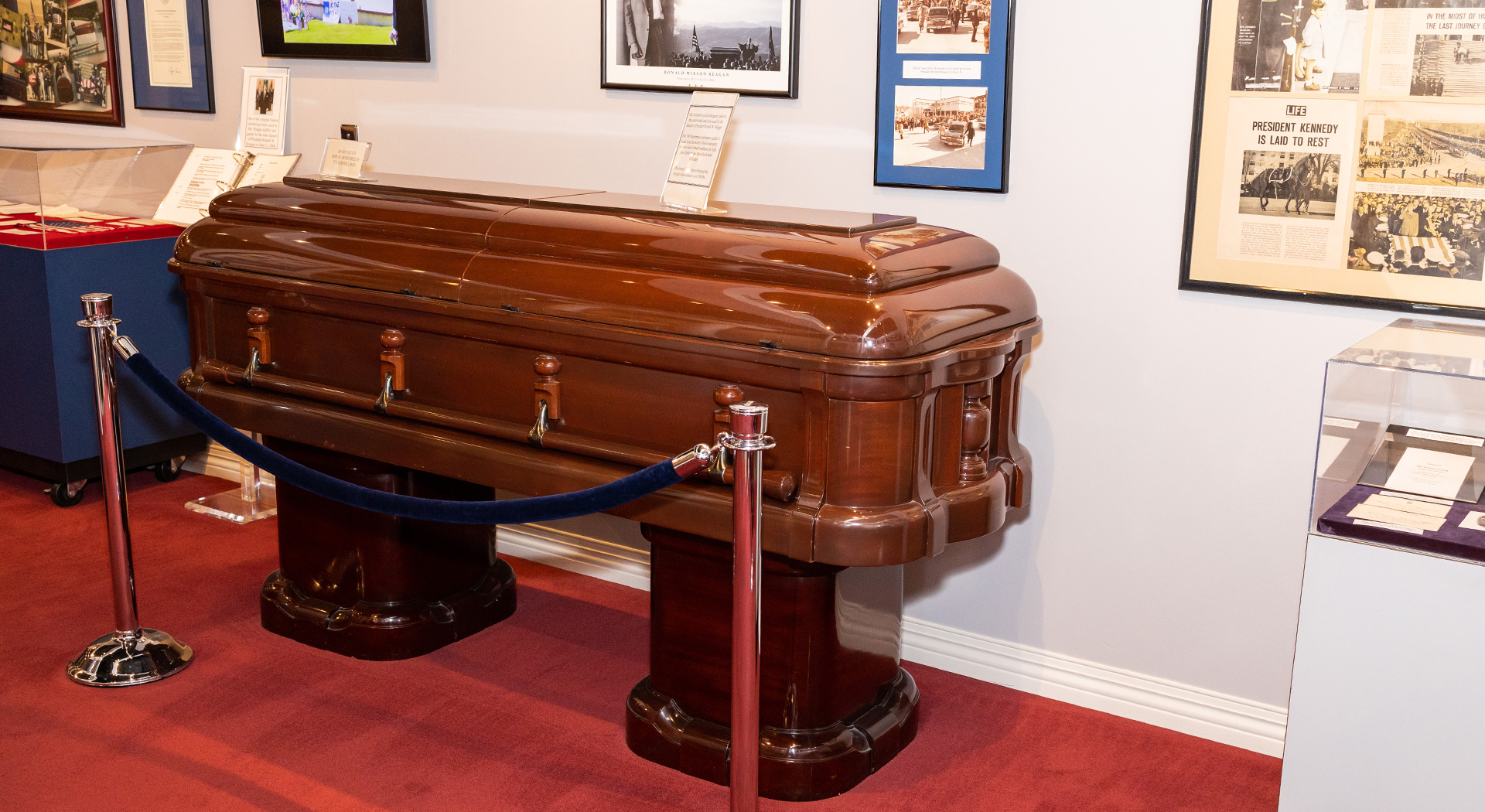 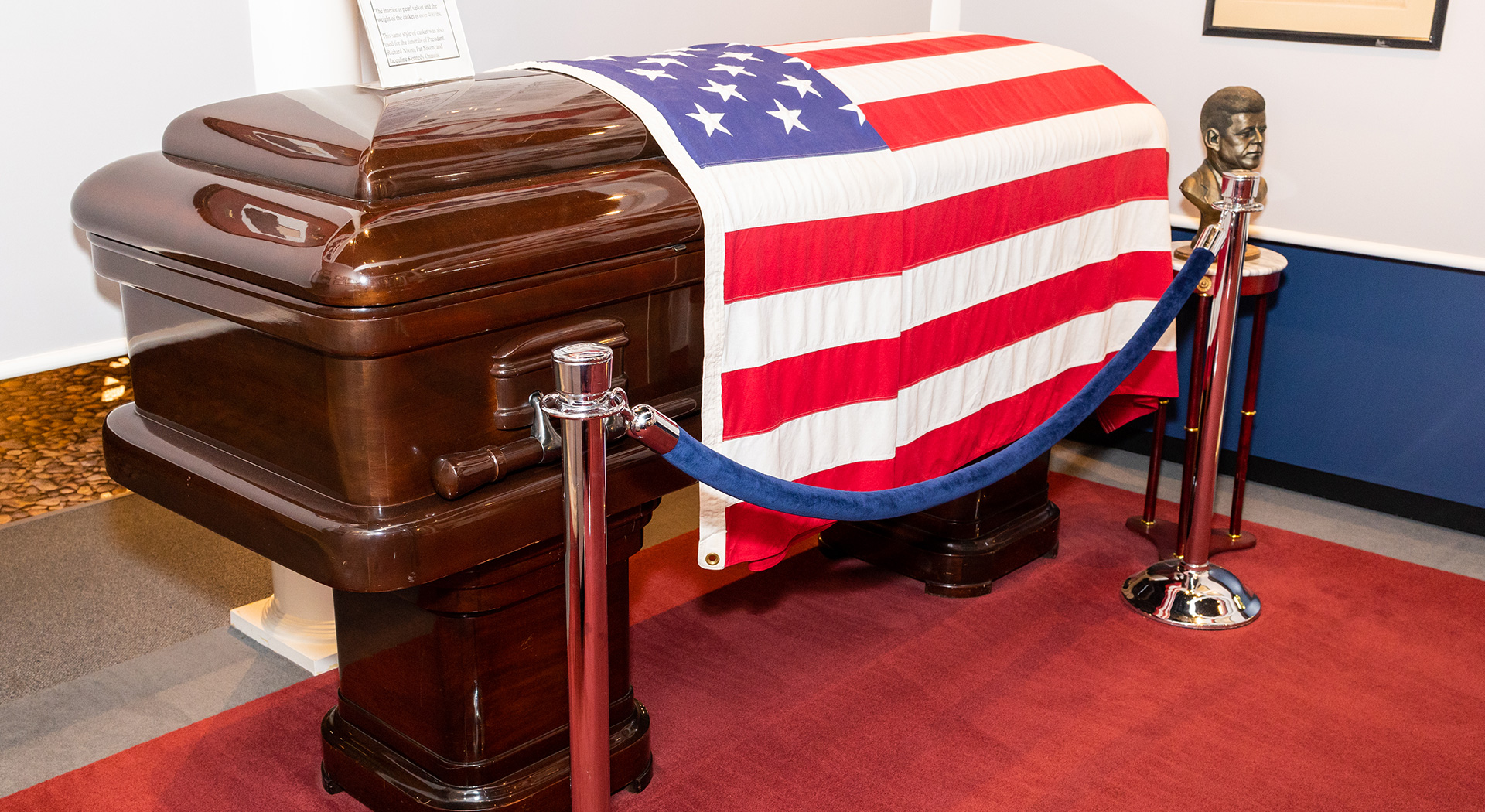 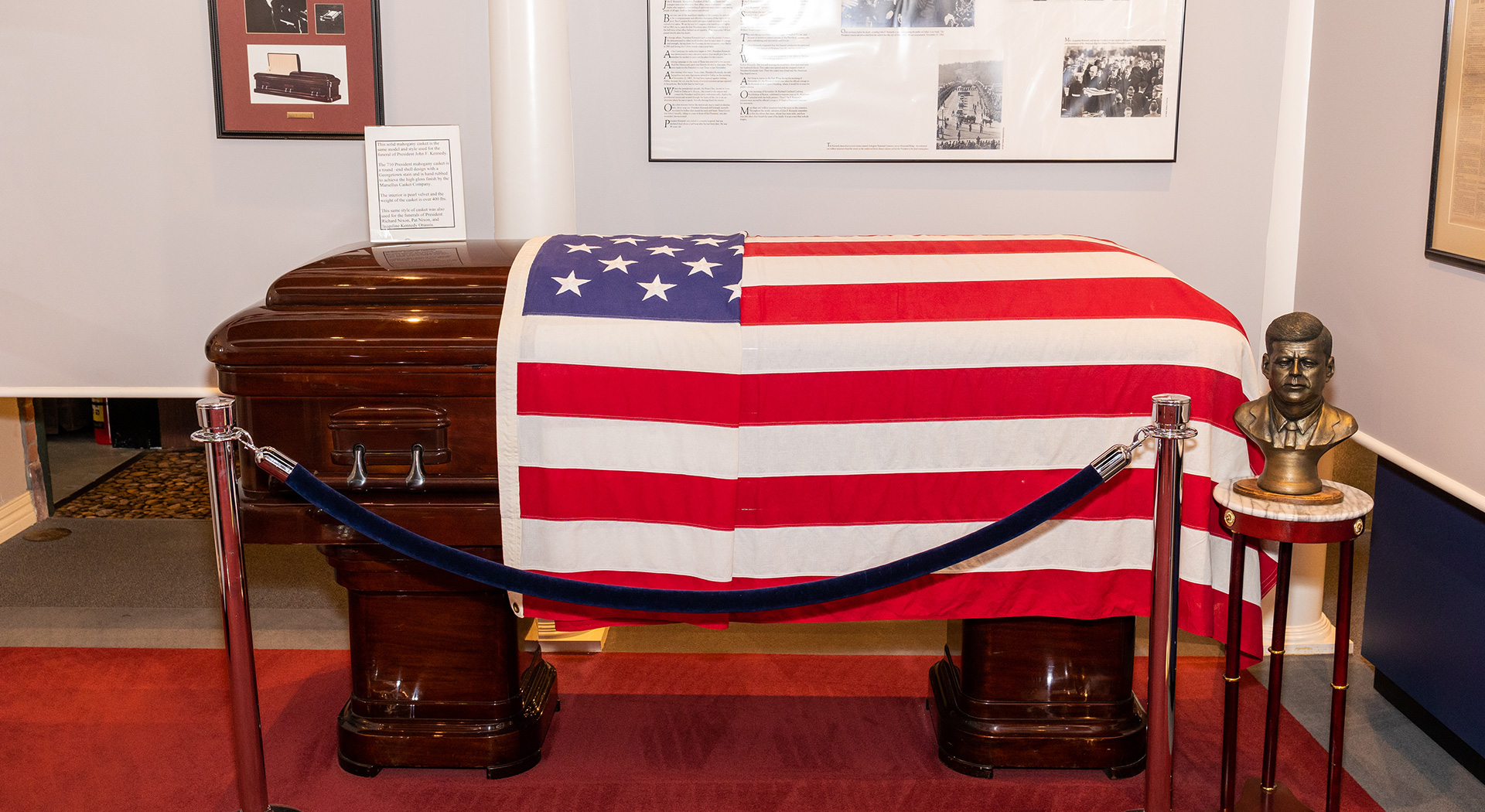 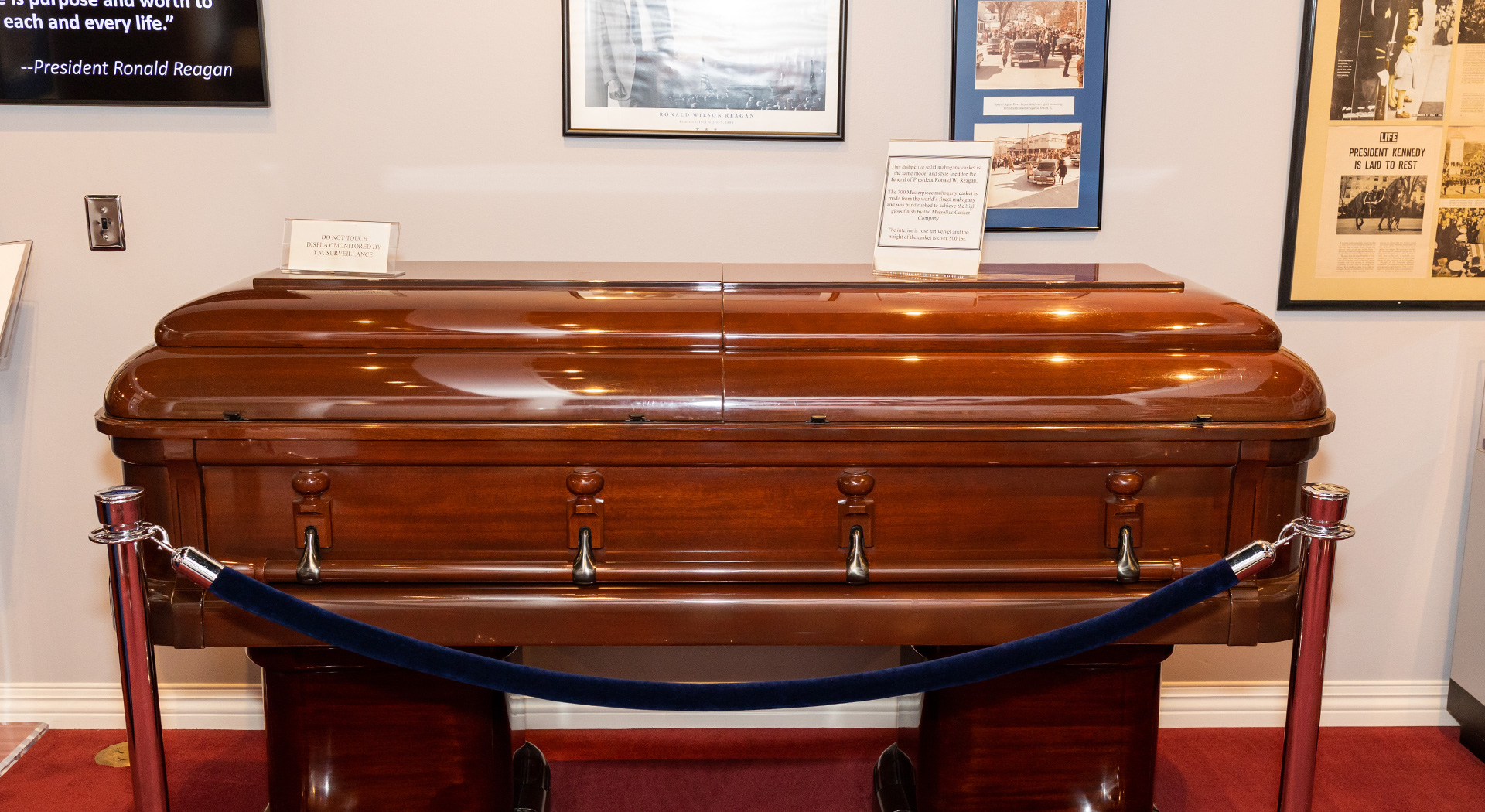 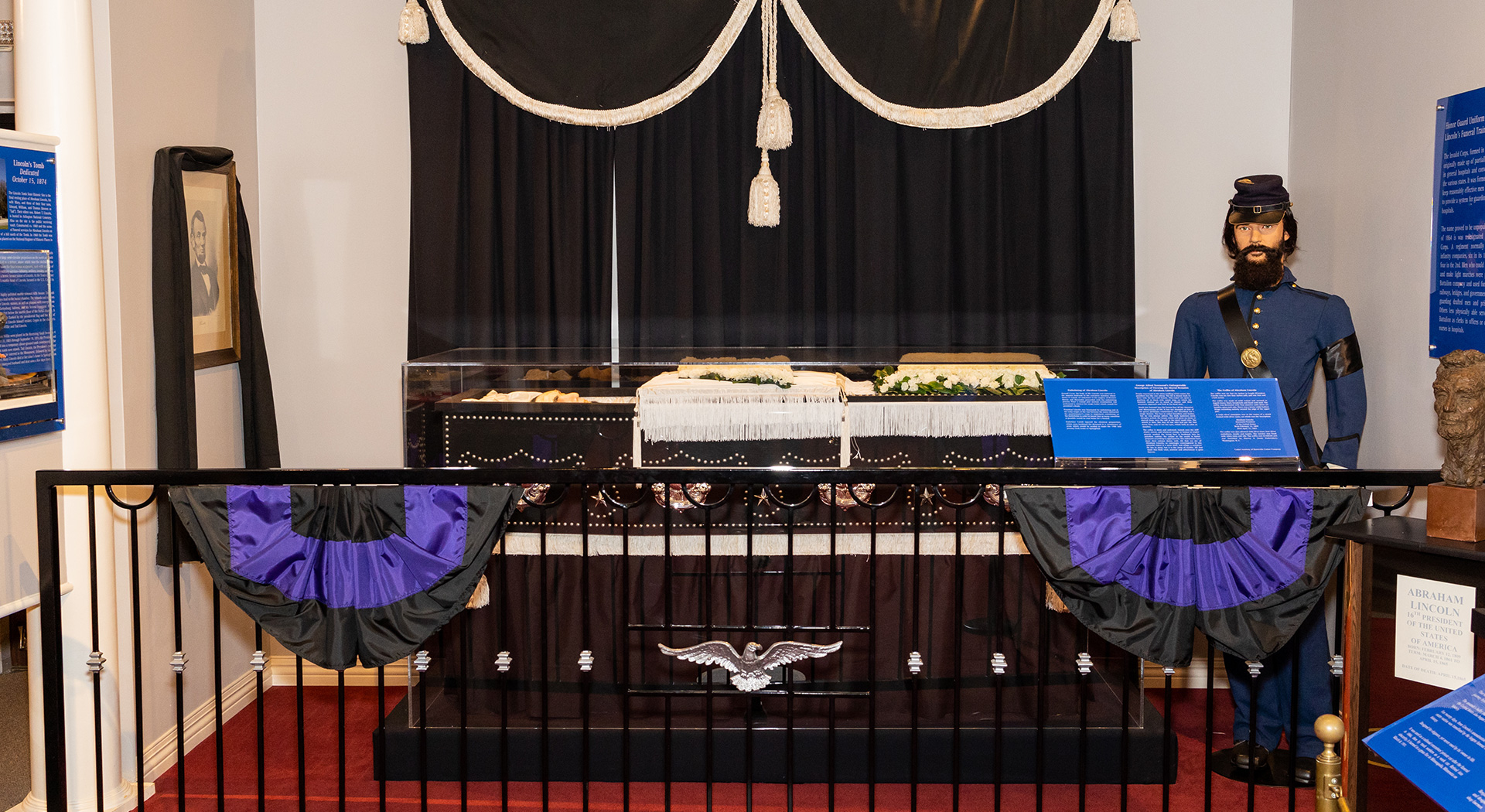 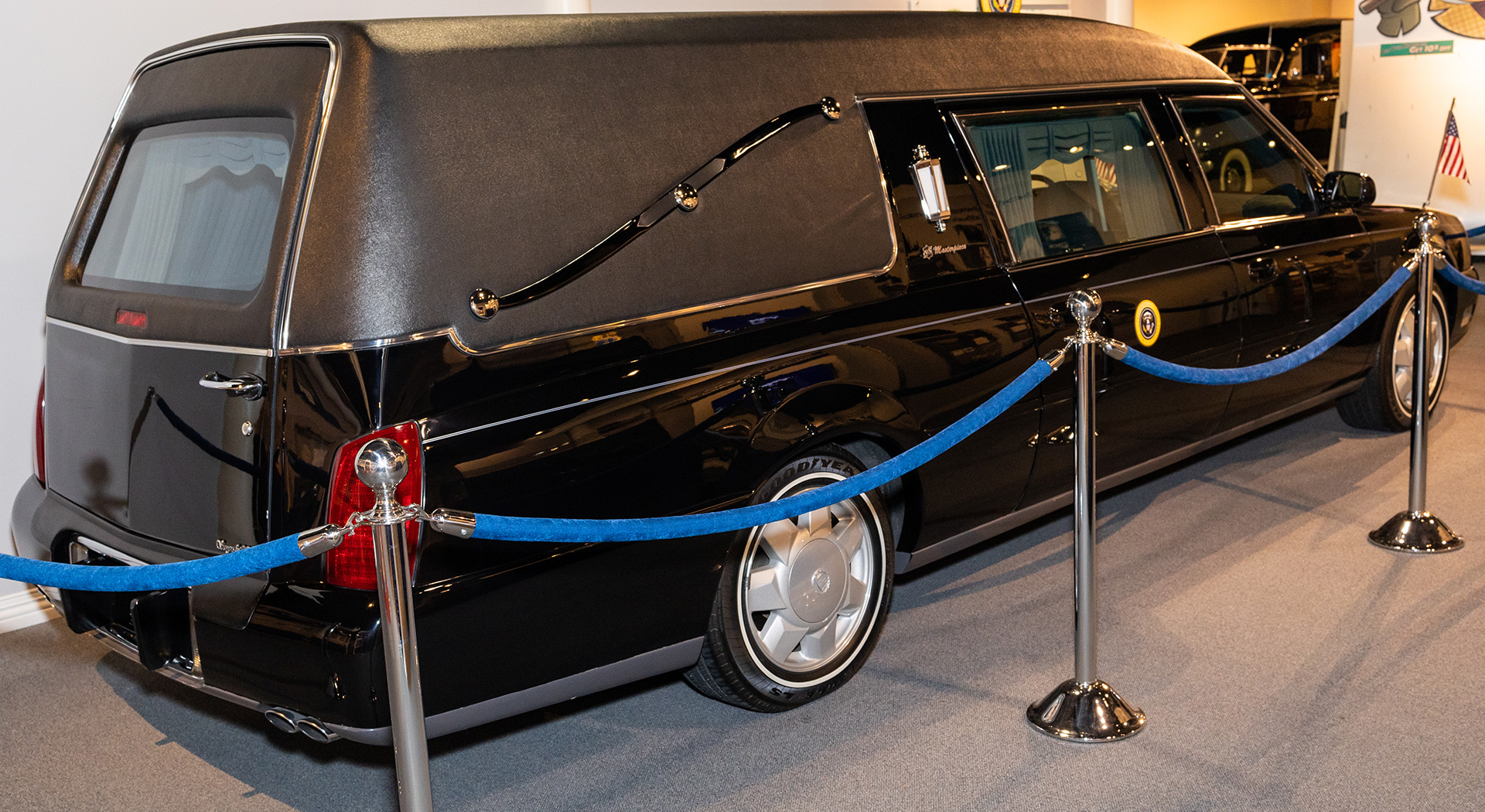 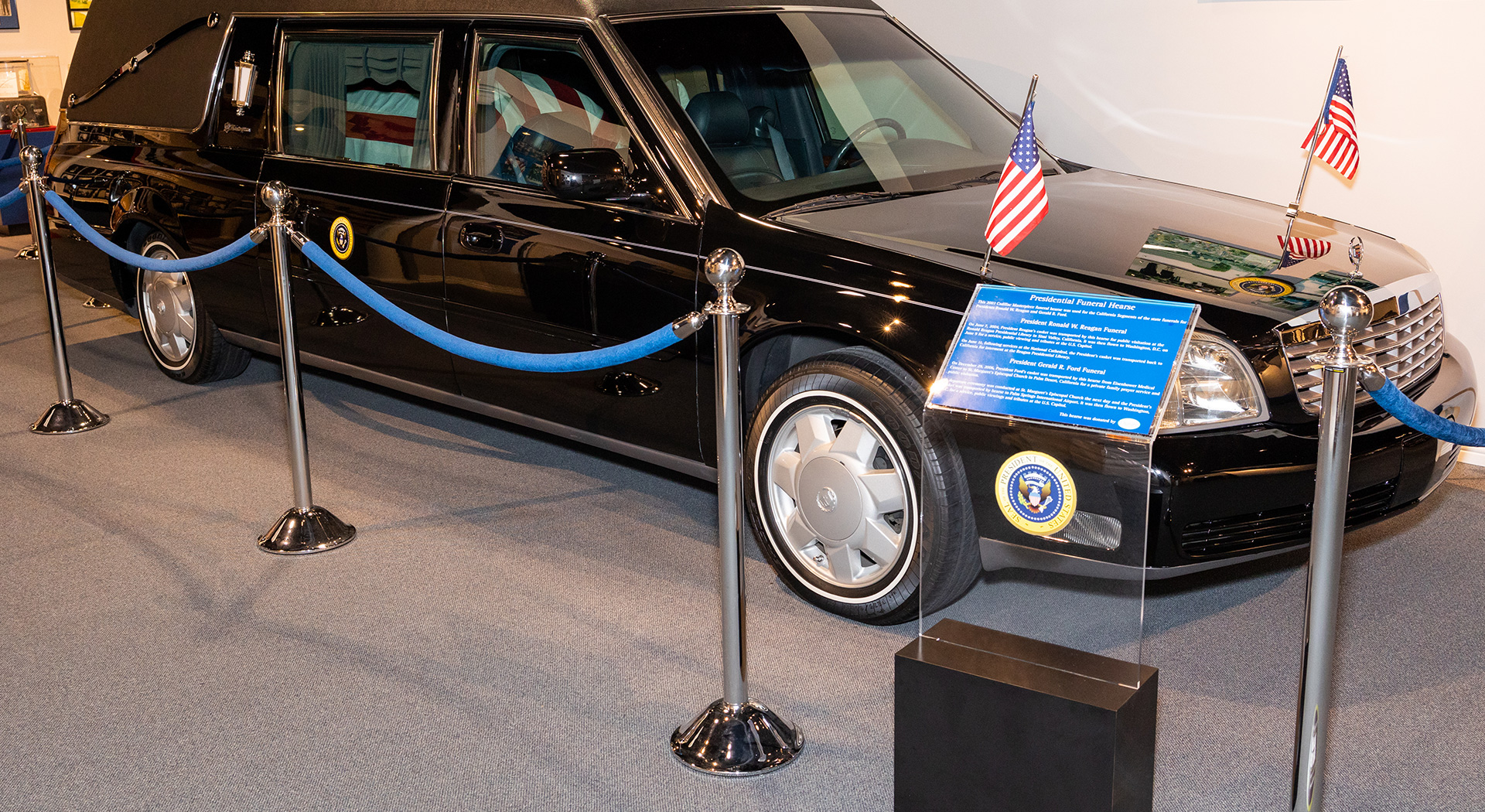 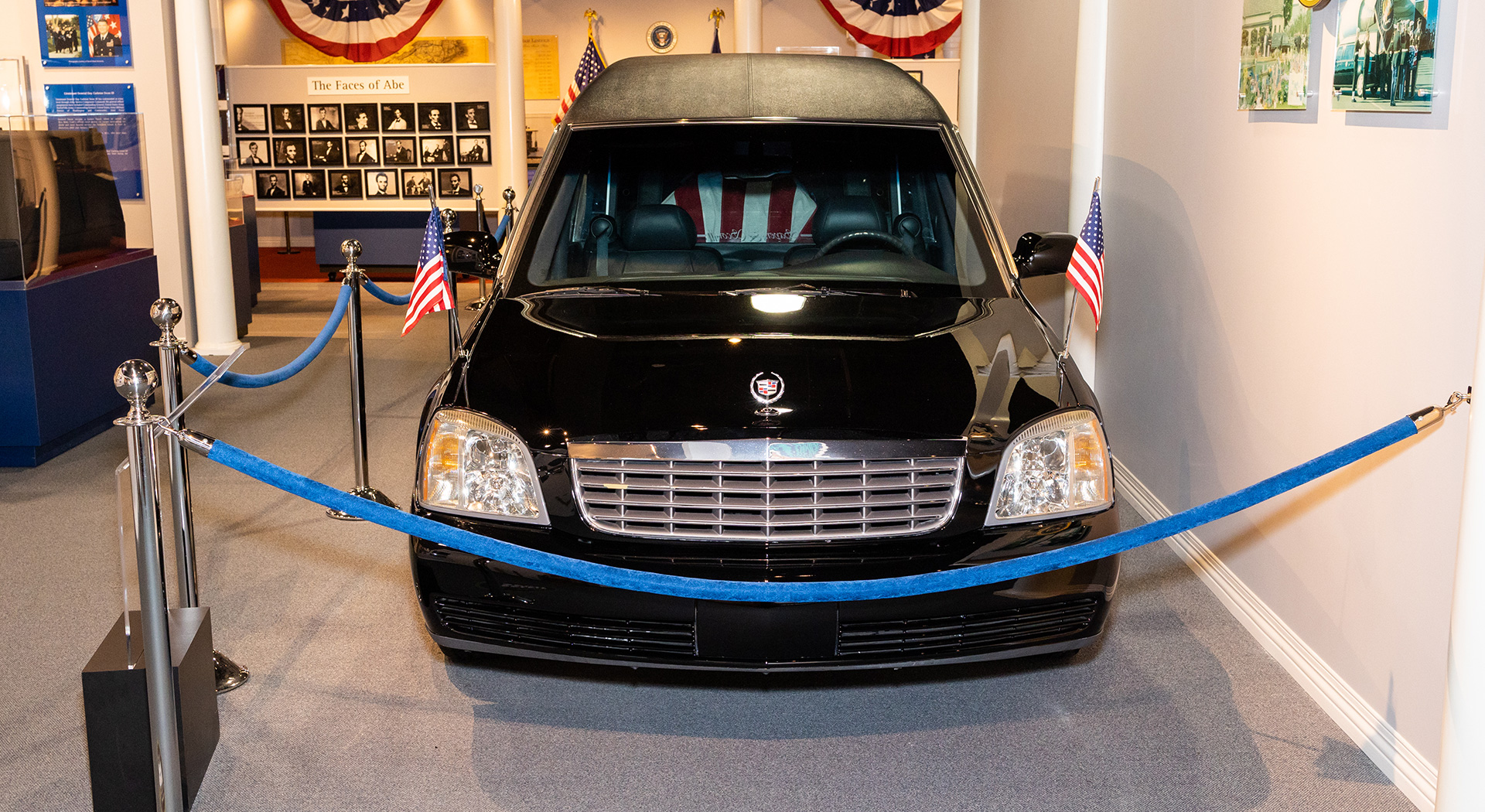 onnect with key moments in U.S. history by exploring the Museum’s extensive display of artifacts and original items used in the state funerals and burials of some of America’s great presidents. In Presidential Funerals, see the authentic bill from President George Washington’s funeral, the original eternal flame from President John F. Kennedy’s gravesite in Arlington National Cemetery, the hearse used to carry the bodies of President Ronald Reagan and President Gerald R. Ford in California and the ammo case from the 21-cannon salutes rendered during the ascend and descend of Air Force One while it carried the body of President Gerald R. Ford in 2006.

Pay your respects to President Abraham Lincoln, as you take in the full-scale recreation of Lincoln

lying in repose, peer at an actual lock of his hair and check out an authentic mourning badge worn by a guest at his funeral in 1865. Photo galleries of presidential funerals and original news reports from the Museum’s archives provide a historical perspective on the chain of events set in motion upon the death of a U.S. president.

For the 19th Century Mourning exhibit the Museum drew upon the extensive knowledge base of the funeral services industry regarding the way death was handled during this period of U.S. history.