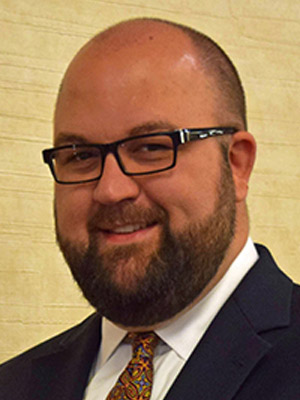 Jason’s interest in the funeral profession began at age twelve and, even at that young age, he spent time after school and on weekends at several funeral homes near his hometown area of Seguin & San Marcos, Texas. In 1996, a barely-16-year-old Jason went to work at Doeppenschmidt Funeral Home in New Braunfels, Texas, and since that time, he has spent less than three months of his life not working in the funeral profession.

He attended several semesters at San Antonio College before realizing his true desire was to be a funeral director only, so he moved to Arkansas to pursue licensure. After serving his apprenticeship at Roller-McNutt Funeral Home in Conway, Arkansas, he received his license to practice funeral directing on September 11, 2003. After holding his license for more than a decade, he has earned the respect of the families he has served, the communities in which he has lived, and his peers and colleagues in all areas of the cremation and funeral professions.

In 2016, Jason embarked on a new direction in the funeral profession, going to work as the Cremation Products Buyer for Service Corporation International.

In 2012, after many years spent researching the history of cremation, Jason was named the official historian for the Cremation Association of North America (CANA) in preparation for the Association’s centennial convention in 2013. Through his research and in this capacity, Jason has the statistics and resources of the Association’s past at his fingertips, and utilizes them to show the origin and growth of cremation in America, and the transition the rite has experienced. In 2015, CANA teamed with the National Museum of Funeral History to create the first ever History of Cremation Exhibit to be featured at the museum in Houston. Jason was selected to represent CANA in the project by lending both his knowledge and personal historic cremation collection – and was subsequently appointed by the museum board to be the Official Cremation Historian for the National Museum of Funeral History.

Jason is often asked to speak at various local and national conventions and meetings, and in doing so, he draws from his deep commitment to and personal belief in cremation to share with funeral and cremation professionals the important ideal of accepting this sacred rite of disposition. Going a step further, he sets the stage for the duty of the funeral and cremation provider to encourage dignified and secure containment of cremated remains, respect for the dead and the living, and the necessity of providing “stepping stones” for future generations in permanent cremation memorialization.

Jason’s articles have appeared in regional and national funeral and cremation trade journals. His column “Urns & Outs” is featured in the regional magazine The Dead Beat where he shares his perspectives of cremation and funeral service. Additionally, his articles have been published in CANA’s official organ The Cremationist of North America and in the acclaimed magazine Funeral Business Advisor. In 2010 he authored and published the book Body to the Purifying Flame highlighting the history of the Missouri Crematory and Columbarium in Saint Louis, which he had researched for nearly a decade. In 2012, he was consulted by TIME Magazine journalist Josh Sanburn for that periodical’s June, 2013, feature article “The New American Way of Death” about the rise of cremation’s popularity in the U.S. His writings can also be found in “Tempero Ignis” – a publication by Crematory Manufacturing and Service released in 2014, and in well-known deathcare magazine publisher Kates-Boylston’s “The Complete Cremation Handbook” released in 2015.