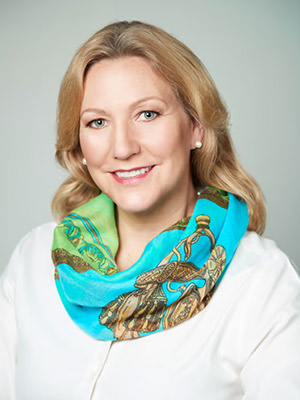 Genevieve Keeney has been with the National Museum of Funeral History (NMFH) in Houston since 2007, first serving as the museum’s Director in 2007 and then as the President/Chief Operating Officer since 2012. She proudly showcases the museum as an educational and cultural resource for all who visit its extensive array of permanent and changing exhibits. Keeney sees the NMFH as a living museum about the culture of funerals throughout history as well as modern times. “Death is sure to happen to all of us, yet most of us don’t plan for it,” says Keeney. “The museum is a neutral place to ponder and discuss this guaranteed event, as well as explore the history of the industry. There’s so much to learn at the museum.”

Prior to joining the staff of the NMFH, Keeney served 12 years as an Emergency Medical/Treatment Non-Commissioned Officer in the U.S. Army, and spent the last 6 years of her service as the Medical Facilities Non-Commissioned Officer In Charge for several clinics and the Death Reaction Team, which she implemented for the U.S. military’s Wurzberg Regional Command and the Landstuhl Regional Medical Center, Germany. She holds undergraduate degrees in Psychology and Mortuary Science and a Master of Science in Non-profit and Association Management and is pursuing a Master in Business Administration. Keeney is a licensed funeral director and embalmer in the state of Texas.

Originally from California, Keeney became curious about the realities of death as a young girl. As she grew up, she sought the insight of professionals who worked with the dead, such as pathologists and funeral directors, for school research projects. During her military service in Germany, a conversation with a funeral director, who was working on the body of an infant, convinced her to become a funeral director herself.

Upon returning to the U.S., Keeney enrolled at the Commonwealth Institute of Funeral Service, located next to the National Museum of Funeral History. Keeney volunteered with the museum working on multiple projects while obtaining her degree at Commonwealth. She is proud to be serving both the funeral service industry and the general public through the museum’s exhibits and programs.

Keeney regularly speaks to local civic organizations, as well as local and national professional groups about the museum and the funeral service profession. Her presentations are often tailored to the specific audience to provide a greater understanding of the profession and the benefit of funeral services to the human condition.