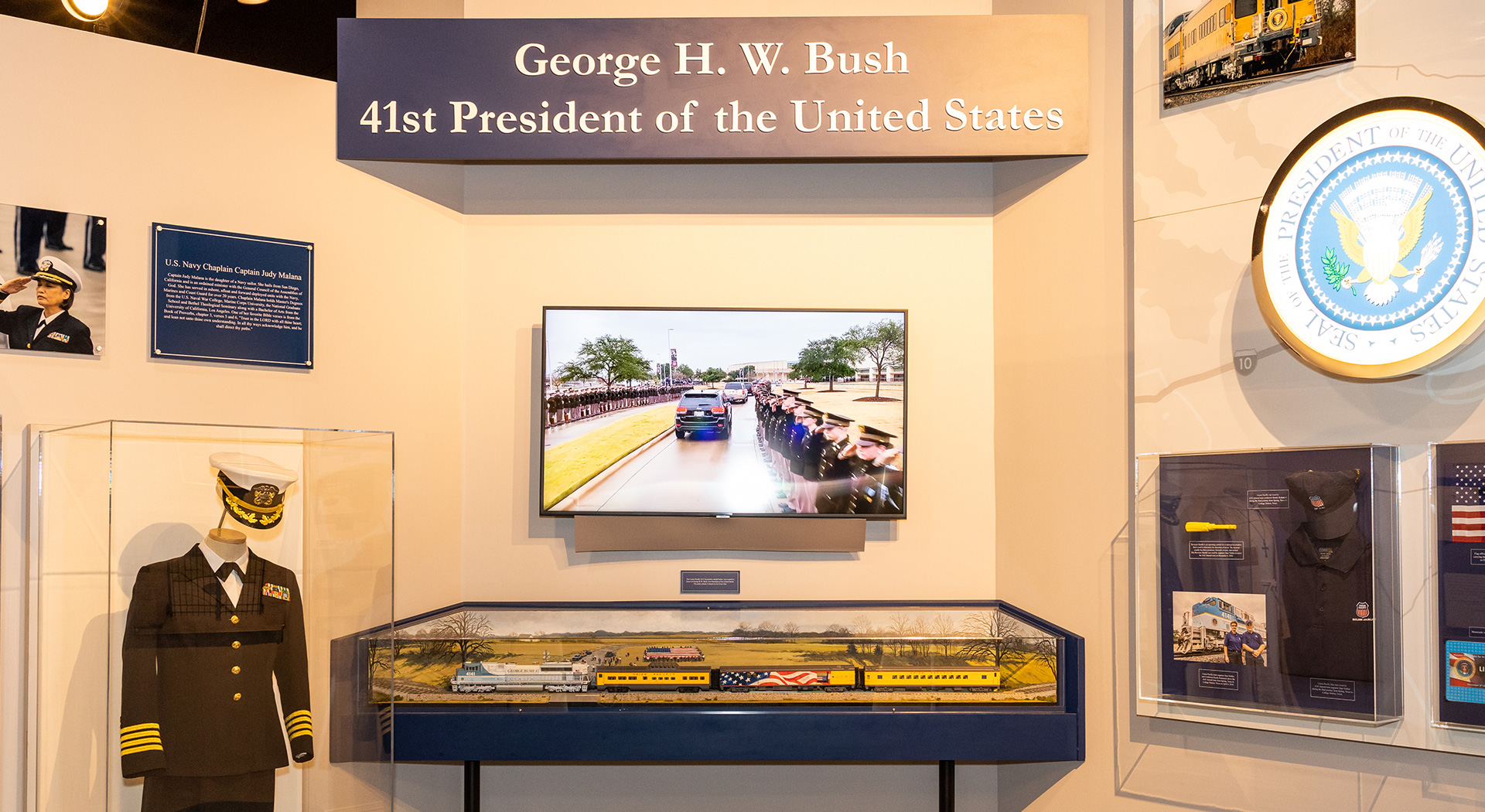 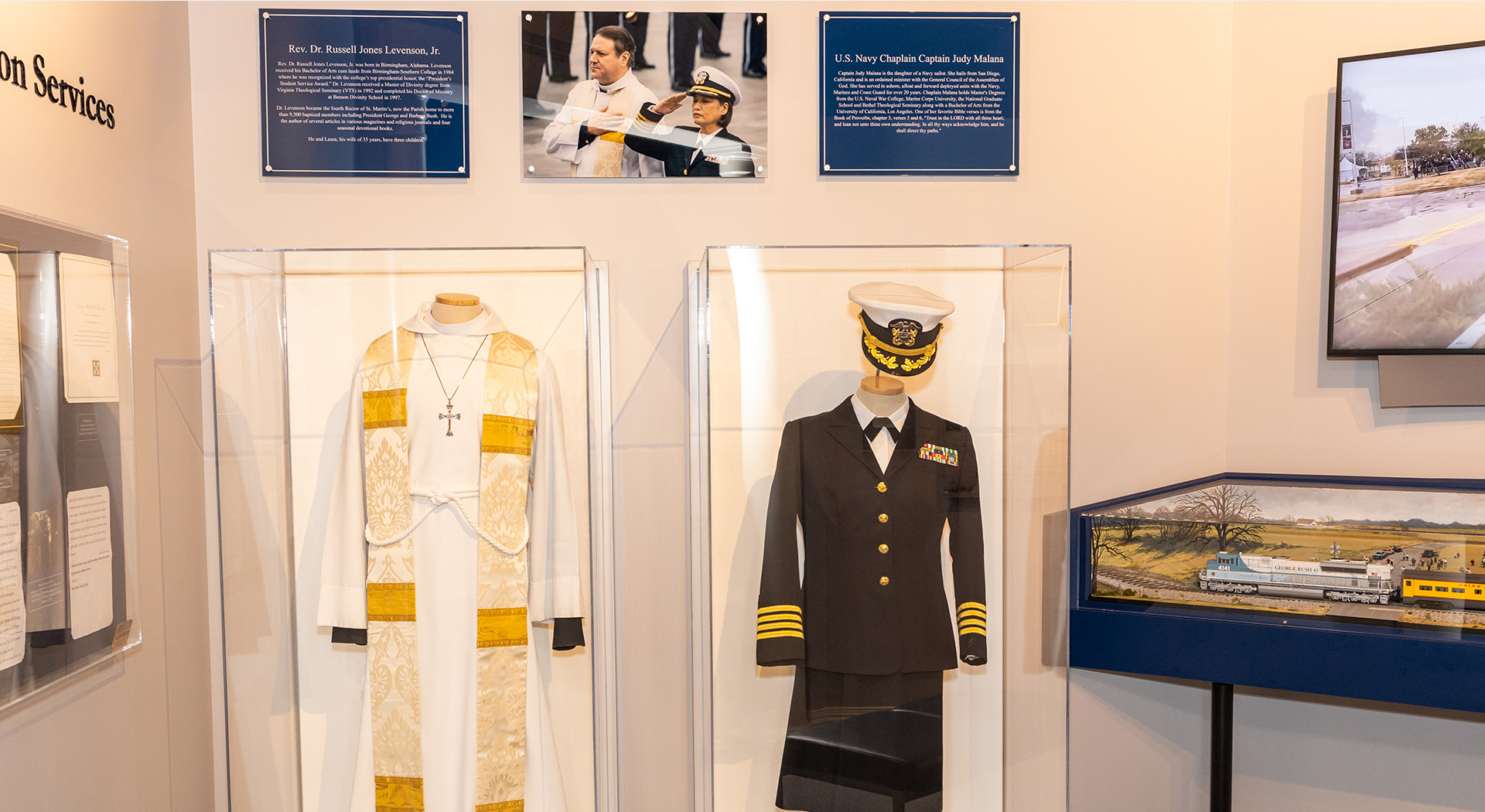 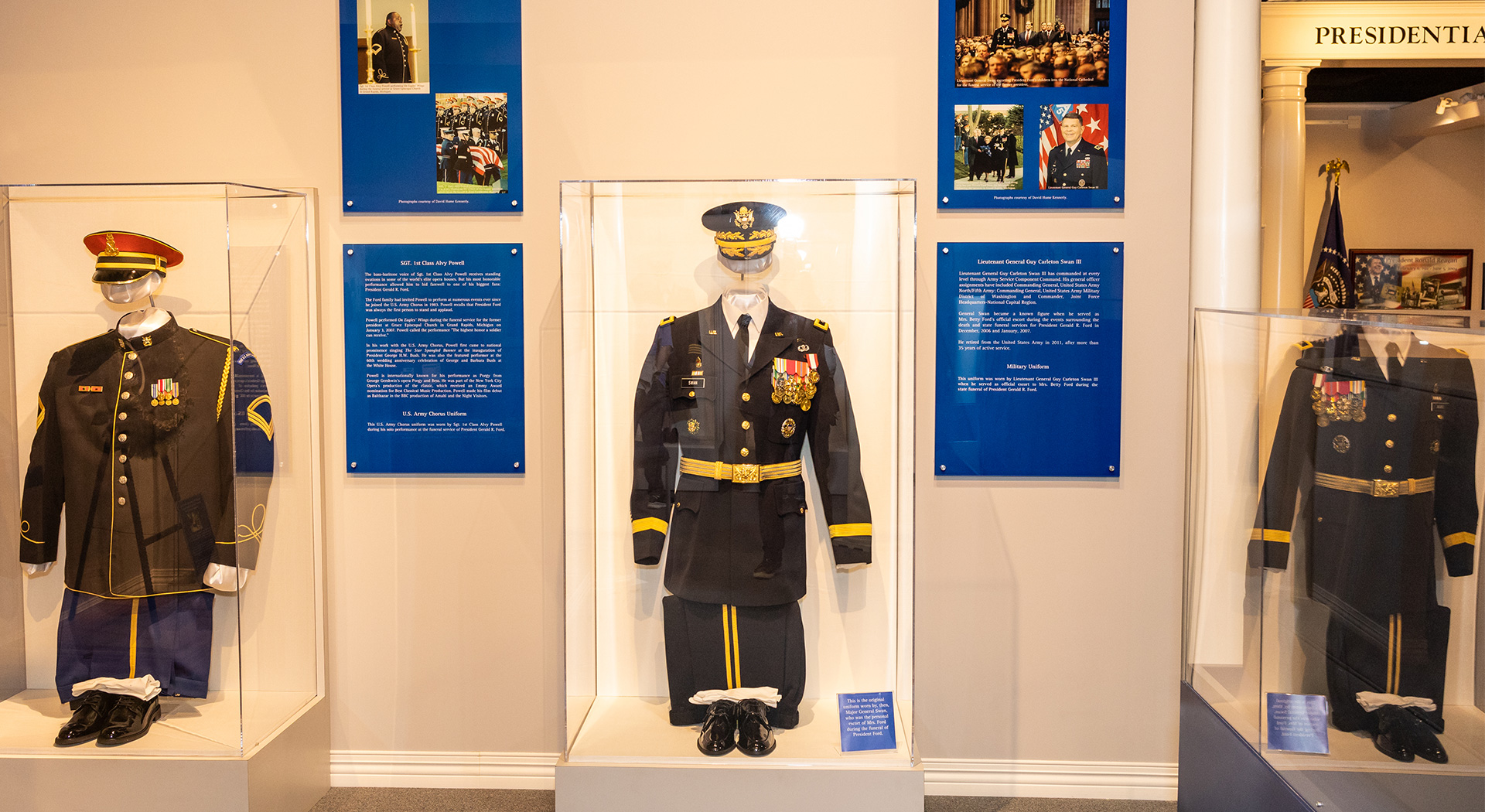 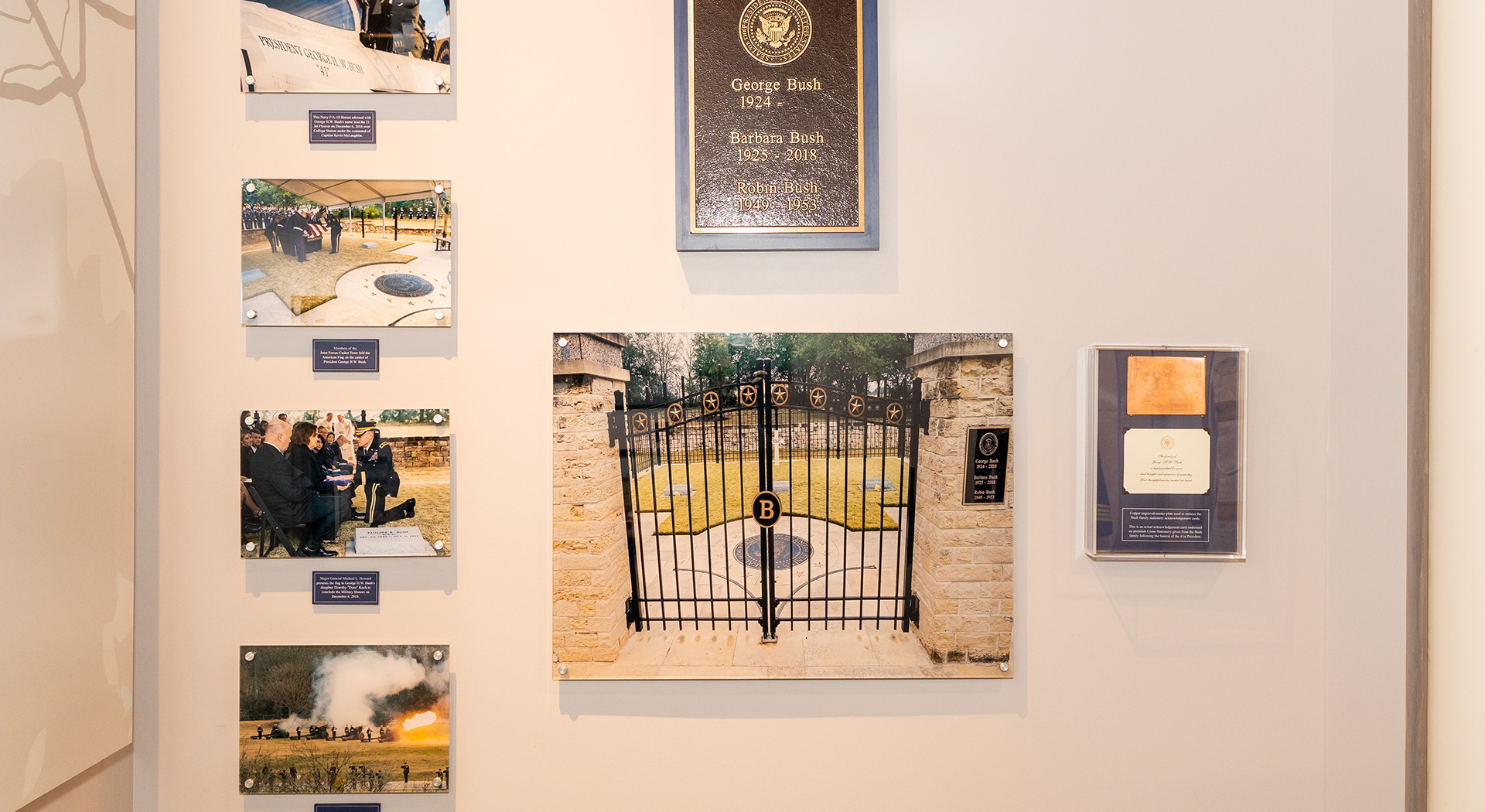 “We are very excited and honored to be able to present this outstanding exhibit to the American people,” stated Bob Boetticher, Chairman of the National Museum of Funeral History.

The exhibit will focus on the lives of George and Barbara Bush, along with their funeral services as well as the now famous “4141” funeral train.

The exhibit includes many items such as the memorial folders and tribute cards from Washington, D.C. and Houston. The permanent exhibit also includes vestments worn by Rev. Dr. Russell J. Levenson, Jr. and the uniform of Navy Capt. Judy T. Malana, U.S. Navy Chaplain, both who presided at the funeral.

More items to note are a copy of the script read by his granddaughters at the funeral, the presidential seal on the funeral train and the Union Pacific uniform worn by the train’s engineer, June Nobles.

Footage from “George H.W. Bush – His Final Journey,” from the Union Pacific West Lake Facility near Houston to A&M University in College Station is on display. Upon arrival of the 4141 train, the “Aggie War Hymn” requested by George H.W. Bush was played and the Texas A&M Corps of Cadets lined the last leg of the motorcade’s journey. The military honors were given, including the “Missing Man Formation” at the George H.W. Bush Presidential Library, The three volleys over the grave and a 21-gun salute and final presentation of the United States flag to President Bush’s daughter, Dorothy Bush Koch, is featured. 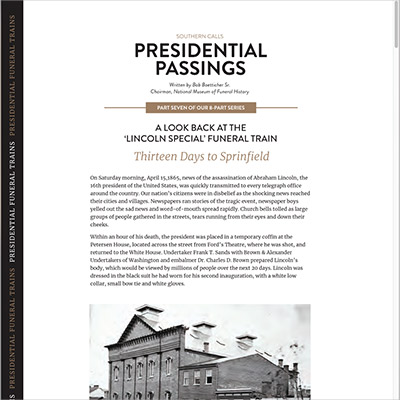 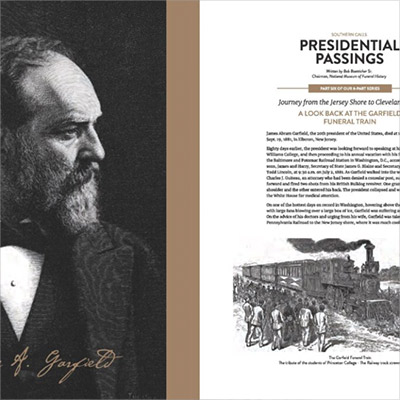 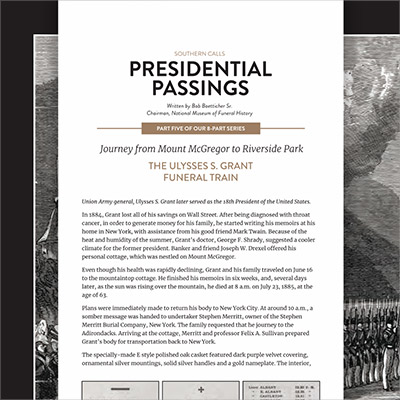 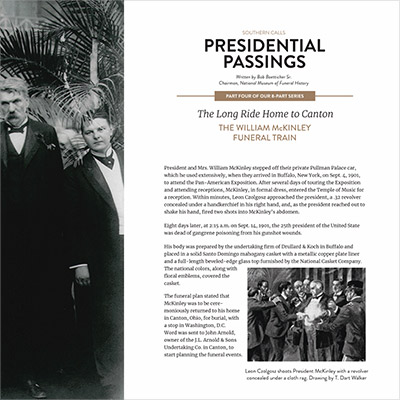 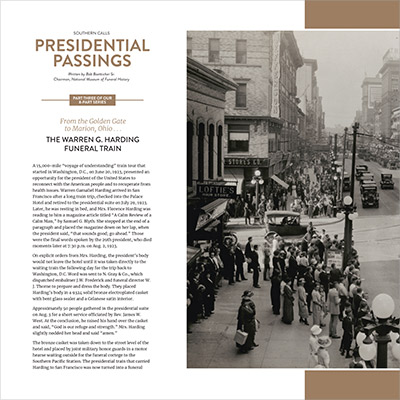 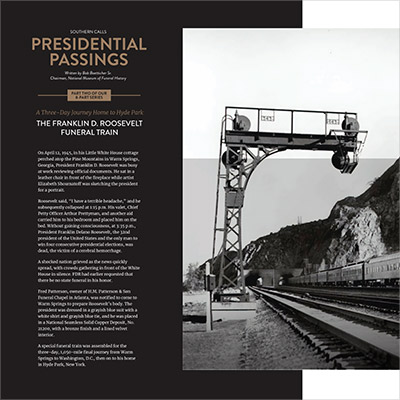 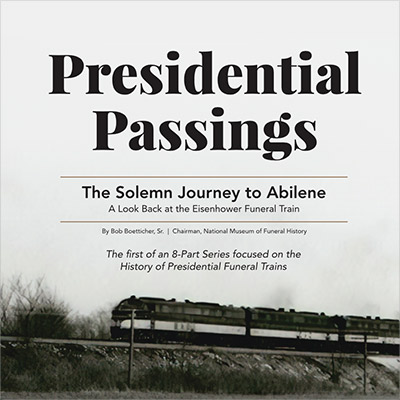 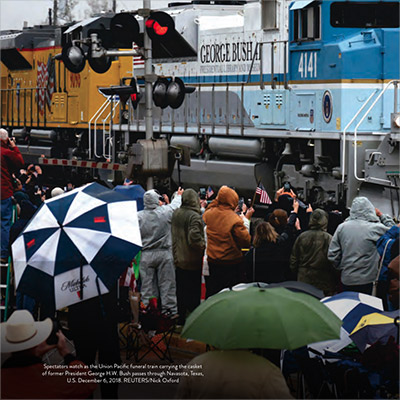 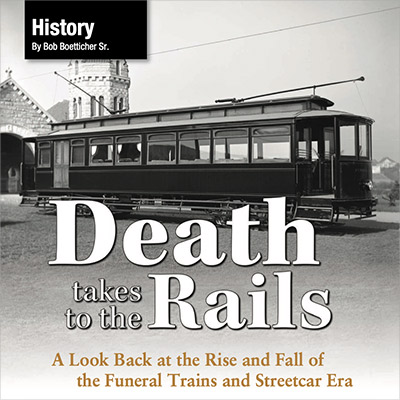 Death Takes to the Rails